Increase your excavator versatility with the Quick Hitch friendly Geith Concrete Crusher. This crusher can be used as a direct mount or with a Quick Hitch. it is made of high strength, abrasion resistant steel with wear resistant alloy pivot bearings & pins. Along with being Quick Hitch compatible another big plus for this product is the pin-on easily replaceable jaws as standard. Having these jaws easily replaceable eliminates costly rework of weld in legs. Fitted with replaceable shear blades this Crusher makes cutting rebar a piece of cake.

UK South salesman Carl Deans visited Bill Munday from Hughes and Salvidge to hear what he had to say about their recent purchase of the Quick Hitch Compatible Crusher:

Bill was contacting different suppliers to enquire about Quick Hitch mounted crushers. He contacted Geith who were in the process of re-designing their crushers to work both with quick hitch and as direct pin on. After discussions between Bill & Carl Deans, Hughes & Salvidge ordered the first GT100QD to suit their 47T machine.

“We purchased the first Geith Quick Hitch mounted crusher to suit our 47T machine for trial purposes. We were concerned that being QC mounted we would lose crushing force, but after the first week of use, this was no longer a concern. We straight away ordered a further GT100 for our other 47T machine & 2 x GT60 to suit our 20T machines. The amount of time we save not having to direct mount these crushers is more cost effective and labour saving. A big advantage to the Geith crusher are the replaceable jaws. We can swap them easily on site without having to cut out and re-weld which would normally be done off site so machine and crusher downtime is minimal“ 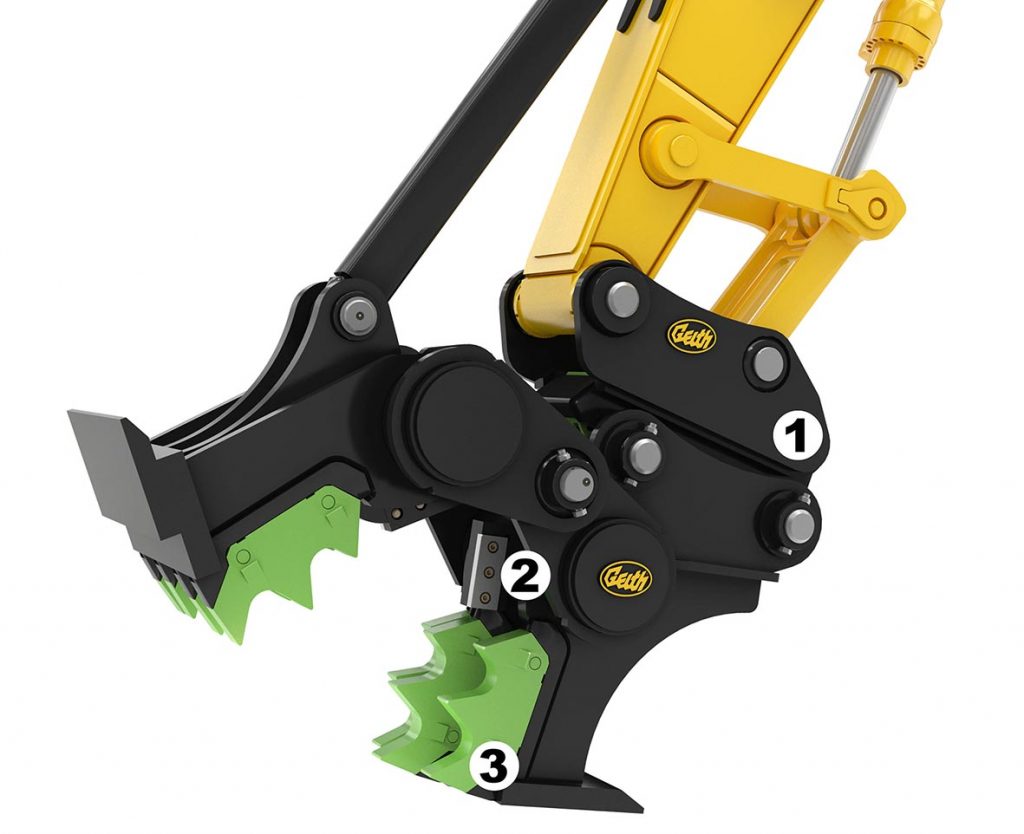 “Working with Geith hitch in Demolition gives us more capacity on the end of the machine. It’s more compact and lighter because of the material they use compared to other manufactures“

See it in action

We would like to thank Hughes & Salvidge for their loyalty, continued business and look forward to further supporting their business throughout the year.